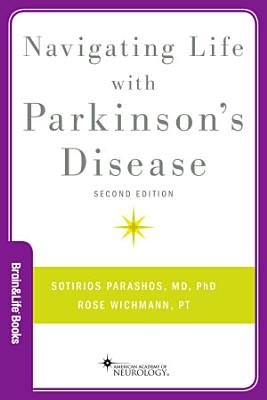 "It is hard to believe it has been only 7 years since the publication of our first edition. In this short time, so much has changed in what we know about Parkinson's disease and how to treat it. As I read through the first edition, I found much information was already out of date within 4 years from publication. New knowledge about the role of protein misfolding and how it leads to nerve cell damage in Parkinson's, about when and where the disease may be starting, about how it may progress and spread through the brain, about how it affects almost all aspects of body functions, about how all this new knowledge is shaping the quest for a cure, about how important exercise is, and about how the multidisciplinary approach to disease management changes the quality of life of people with Parkinson's has been accumulating at a dizzying pace. More than 200 years after the publication of Parkinson's An Essay on the Shaking Palsy and just over 50 years after the implementation of levodopa in Parkinson's treatment, it looks as though scientists are poised to make a breakthrough toward effective treatments of the disease itself, not just the symptoms, and paths that may eventually lead to a cure are now visible. Such progress would be impossible without the hard work of many researchers; the financial support of the corresponding government agencies; the advocacy of national and international Parkinson's organizations and the philanthropy of their donors; and the tireless efforts and open minds of the doctors, nurses, therapists, and social workers caring for people with Parkinson's and their families. Above all, none of this progress would be possible without the active participation of people with Parkinson's and their families through advocacy, community engagement, and participation in clinical trials. To them we would like to extend a great "thank you"."--

Authors: Sotirios A. Parashos
Categories: Parkinson's disease
"It is hard to believe it has been only 7 years since the publication of our first edition. In this short time, so much has changed in what we know about Parkin

Authors: Sotirios A. Parashos
Categories: Health & Fitness
Navigating Life with Parkinson's Disease is a guide for anyone affected by Parkinson's—patients, family members, friends, and caregivers. Containing the most

Authors: James M. Noble
Categories: Medical
"Since you have opened this book, you or a close friend or family member have likely been impacted by the upsetting and frightening diagnosis of dementia. You m

Authors: Kathleen Costello
Categories: Health & Fitness
Navigating Life with Multiple Sclerosis will serve as a practical guide for meeting the challenges of this life-long disease. MS may cause a myriad of symptoms

Navigating Life with Migraine and Other Headaches

Authors: William B. Young MD, FAAN, FANA, FAHS
Categories: Medical
Navigating Life with Migraine and Other Headaches focuses on the many myths that exist around headaches and dispels common misperceptions by providing simple ex