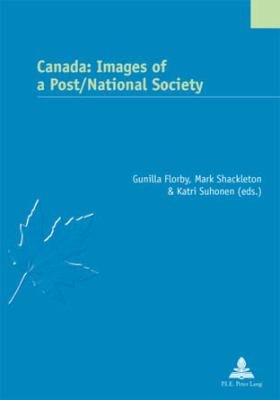 Has Canada moved beyond the nation state into the world of the post-national? To what extent have fixed notions of Canadian nationhood been replaced by a more global, decentralized sense of identification? Is nationhood (or post-nationhood) best expressed by statelessness and exile or by belonging? Or can Canadian national identity in fact fruitfully coexist with the post-national consciousness? These are some of the issues covered by this volume, issues seen from a range of perspectives - literary, cultural, political and economic. In the literary sphere the national/post-national debate is explored both through canonical writers, such as L. M. Montgomery, Stephen Leacock, and Marie-Claire Blais, and through recent First Nations, Asian-Canadian, African-Canadian, Ukrainian-Canadian and Quebec writing. The political and economic range is equally diverse, covering such topics as immigration policy, multiculturalism, Canadian-American relations, tourist imaginings of the Canadian North, the Canadian city, and Quebec nationalism. The book brings together 27 original articles from international scholars and creative writers, offering both European and Canadian perspectives. Six articles in French focus specifically on the francophone sphere.